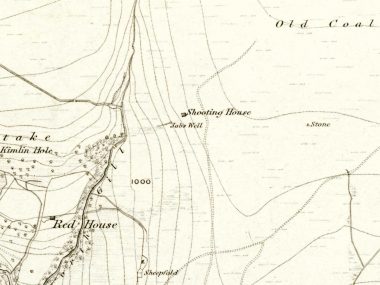 The historic building recording of Job’s Well has shown that the existing building developed in two distinct phases, with some later, smaller alterations.Firstly, the shooting hut itself was most likely built during the early 19th century, as shown on the First Edition Ordnance Survey Map.By the later 19th century, however, as clearly shown on the 1891 Ordnance Survey Map, the shooting hut was extended to the north. During the late 20th century, the building had most of its open- ings walled-up and was used entirely as a stock shelter, as it probably had been for more than a century prior.

It appears that the socially elite use of the shooting hut was presumably ended and the building developed to accommodate livestock in the sheep shelter extension by the later 19th century.

These two varying uses seem unlikely to have co-existed and so it would appear more likely that the building’s use as a shooting hut was abandoned within c. 75 years of its con- struction. This might suggest a wider change in the pattern of land use, land ownership or financial circumstances during the second half of the 19th century.