I have only twice witnessed trees fall down (other than ones being felled) – both occasions happening on relatively calm days. One was in Maryland, USA, and the other was at Southfield when a sycamore fell and just missed the building that I hope to work with. The tree was not huge, but the wall it nearly hit is very fragile and might have collapsed as a result. This event underscored what I had already felt about the place and I recount it here to help explain why I feel there is such a strong connection between this particular building and trees.

Southfield House is adjacent to a small wood in which there are the remains of what were probably outbuildings to the original farm. An elm tree has grown on top of the stone roof of what might have been a pig sty. The roof has subsequently partially collapsed to reveal the extraordinary solid root system beneath the tree – the tree has, in effect, become the building.

Directly opposite to Southfield House, on the other side of the road, are the remains of another building in the middle of which a large sycamore now stands.

These two trees reveal something of the connections, tensions and struggles between building and trees and they are testament to the tenacity and power of regeneration and growth.

My ideas for Southfield have changed radically during the lockdown. I had previously intended to incorporate a ‘tree’ on one wall of the building. I now intend to give the entire interior of the building to ‘the tree’ and to create a work that I hope will be an expression of resilience, energy and life.

I had always felt great potential in the interior space of Southfield, but I found that the existing entrance (which is off to one side) prevented me from engaging the room as a whole. Entering the building as it is now is somewhat awkward – both practically and aesthetically – at least for what I am proposing here.

I don’t know why I hadn’t thought of it earlier, but by moving the door so that it is central to the building I have unlocked what I feel are ideas of great potential.

Unusually, the building is almost square and proportionally quite tall, which lends itself to accommodating a circular structure similar to Oak Room, a work that I made in southern France in 2009 (see photos).

The internal structure at Southfield would differ from Oak Room in that it would be more conical – reflecting the proportions of the building and making reference to the cruck frame construction that was once common in the area. They would share a similar profile. The photos below show buildings in North Yorkshire. The drawing that follows shows the profile and proportions of the work I am proposing for Southfield (and is to scale). These are followed by a drawing showing what the interior would look like.

Entering the building would be like stepping into the stomach of a tree.

An opening would be created at the top of stacked branches through which the room would be illuminated. The light catching the curves of the branches could be quite beautiful and impart movement to the structure.

Looking towards the light might also be an appropriate gesture for a work that is made following this period of lockdown and will hopefully lift the spirits of those who enter the building.

In this respect this building would be related to Job’s Well. It would be a quiet, introspective, contemplative space – again, important qualities when we consider the time and context in which Southfield will be made.

Whilst very different in terms of location, context, scale, form and material, the two buildings will be connected through their relationship with light and the opening to sky Main aim at Southfield is to cut the light in two as if with a sharp knife in the same way that I did at Job’s Well.

How light comes into the building would have a profound effect on the work and will be taken into consideration during its design and construction.

The roof will be constructed with Corten corrugated sheeting. The underside will be boarded to cut out any light. The skylight would be relatively small and could be accommodated by making a roof structure as shown in the drawing below. A clear corrugated covering would be placed over this section of roof. The room below would be completely blacked out. At best the only light coming into the chamber should be from this opening.

Obviously the door leading into the building will also allow light to enter the chamber and I would like to build an entrance room – in effect reinstating a room that can be very clearly seen as once being there (you can see where the roof joined the existing building in the photograph).

This room would function as a light trap (much like the passage does at Job’s Well) in that it would reduce the amount of light entering the main room from the doorway. It would also be a space to prepare the eye and mind for the experience within. The door would be on the east side of the entrance room.

It does not need to be very large and suggest an internal width of 1.8m?

The work would require a lot of branches. These would be largely windfallen or branches left over from felling – low grade timber that I would imagine usually ends up as firewood.

The branches would be de-barked. This is a time-consuming process but will help to preserve the wood (insects love getting underneath bark of old trees). I also like the muscular quality of the de-barked branches. 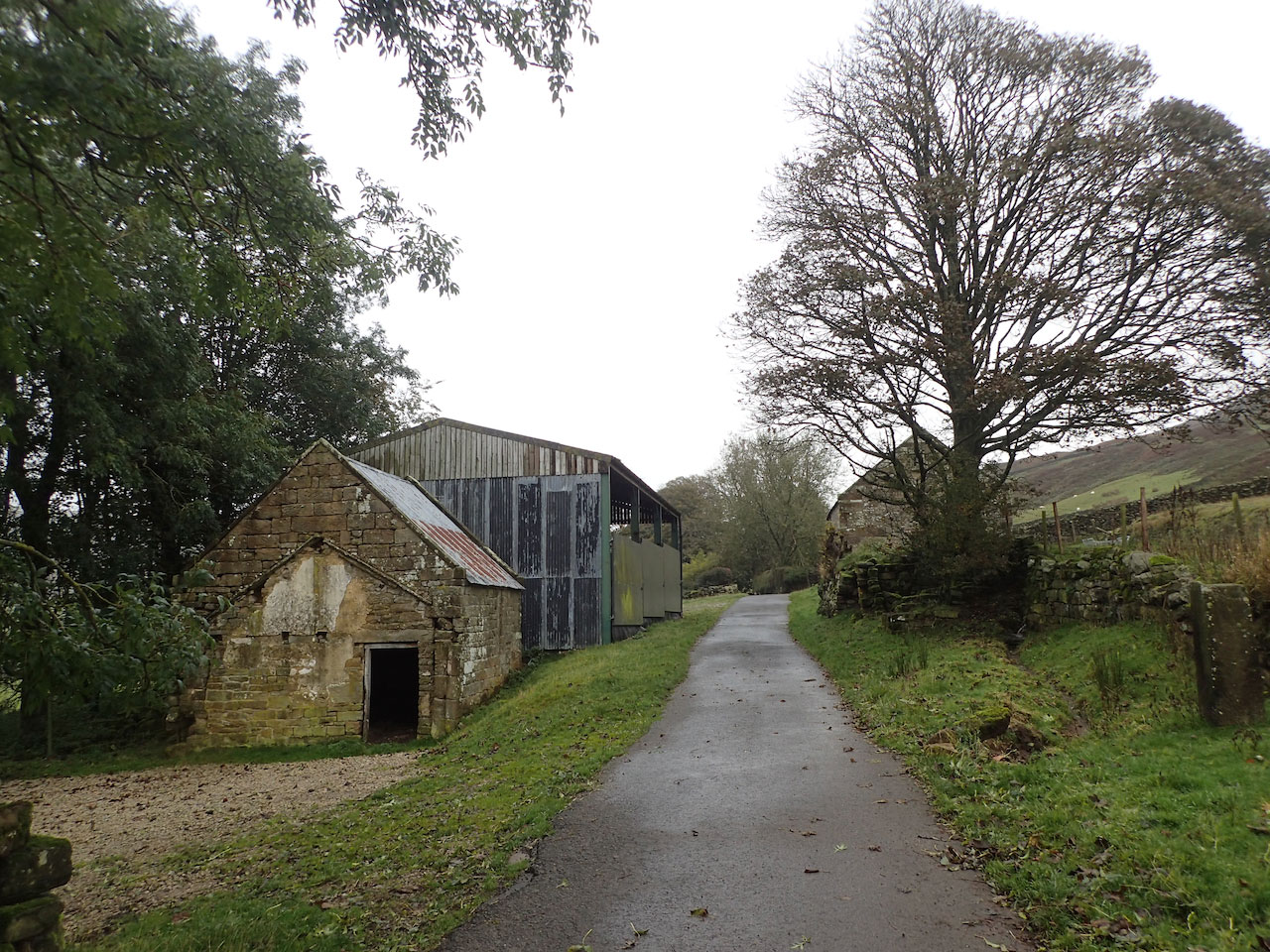 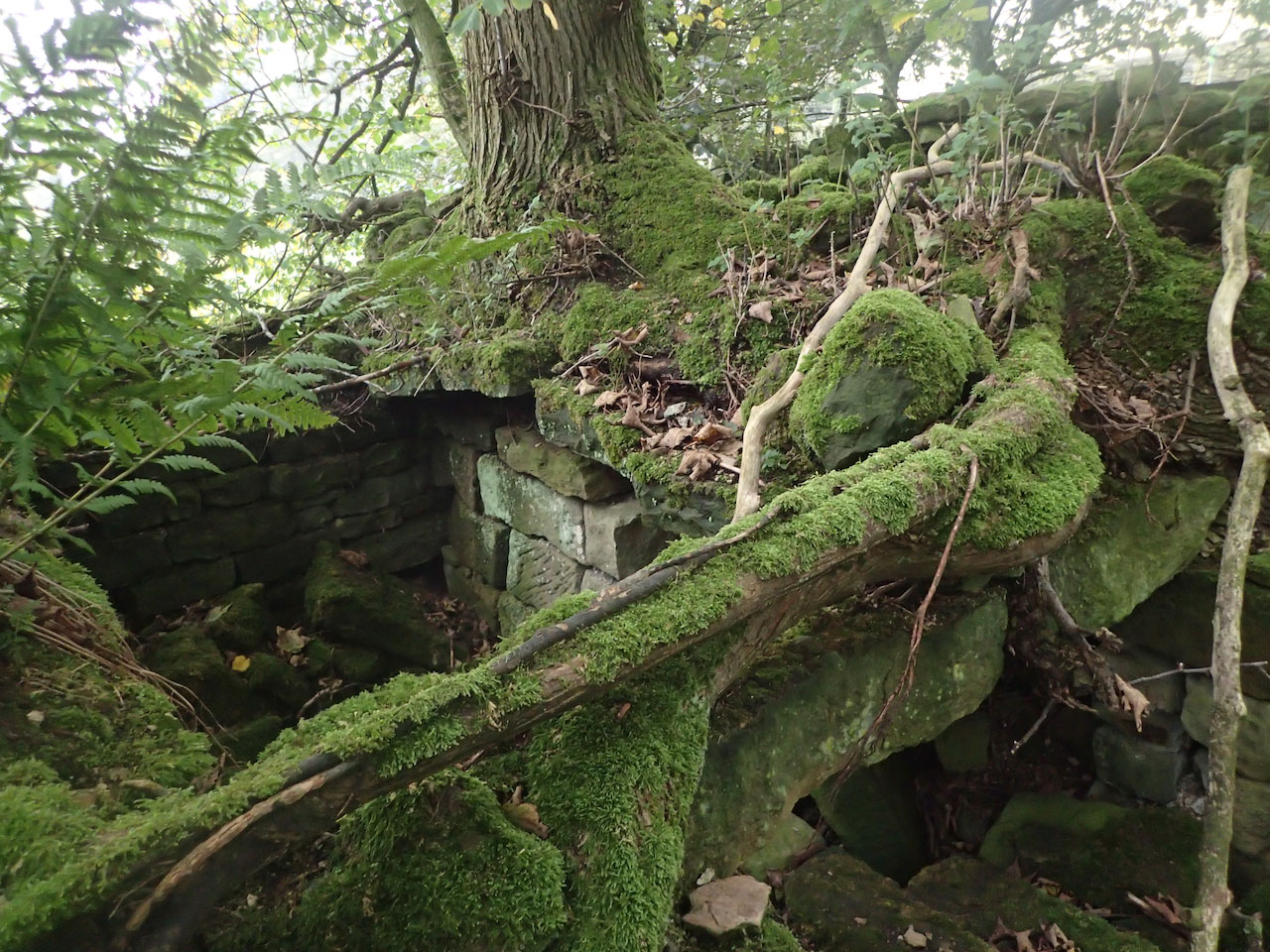 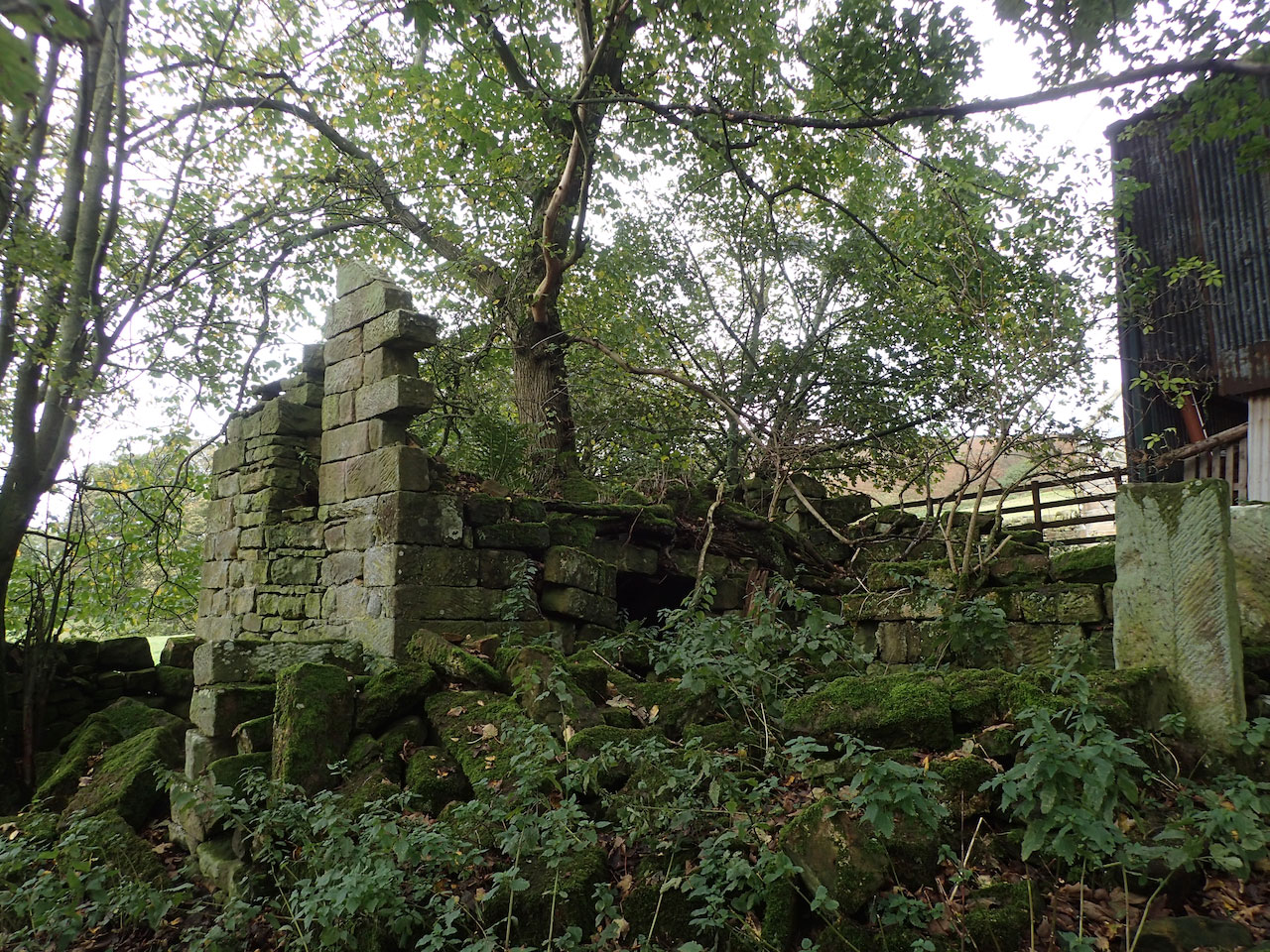 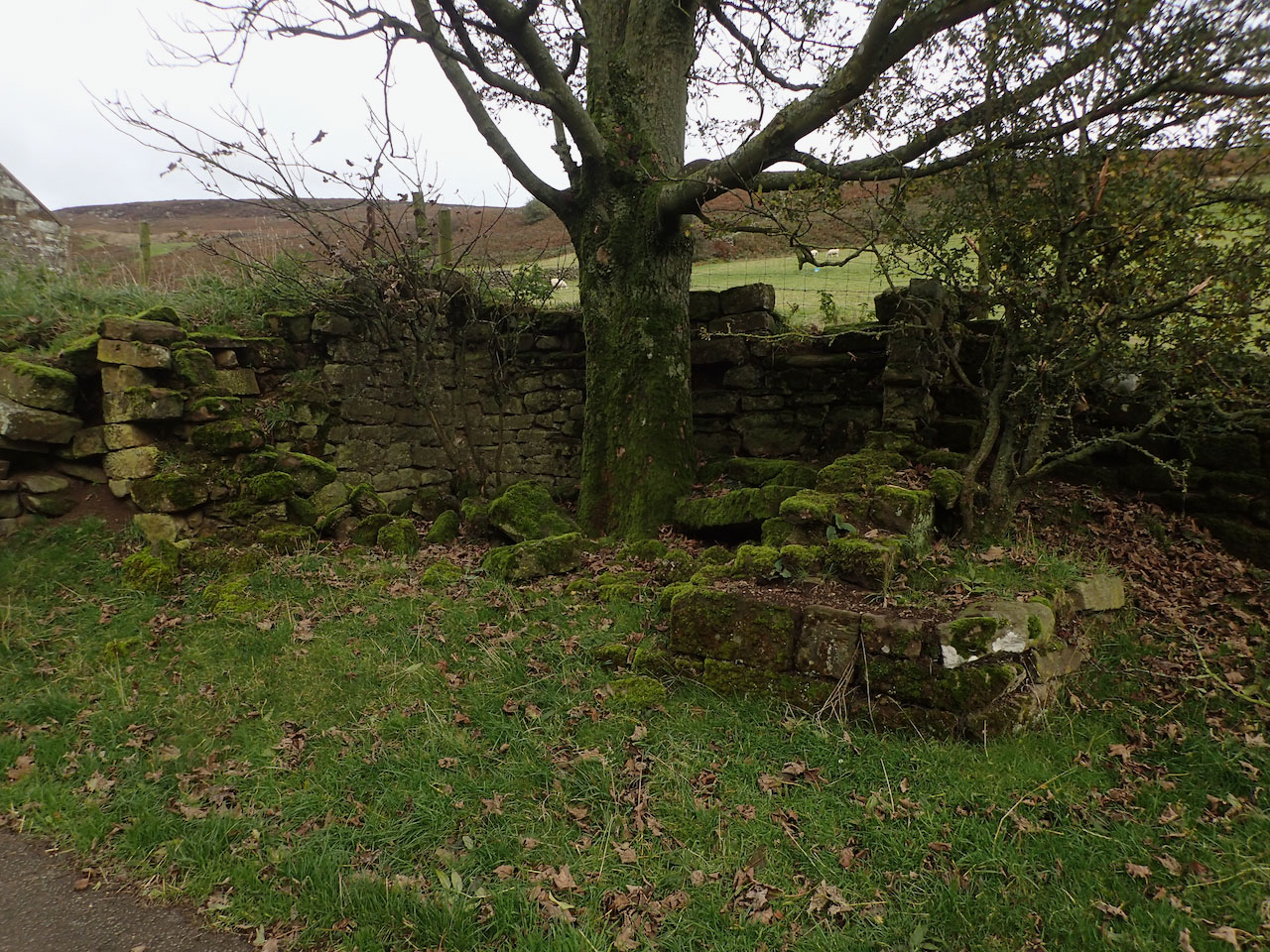